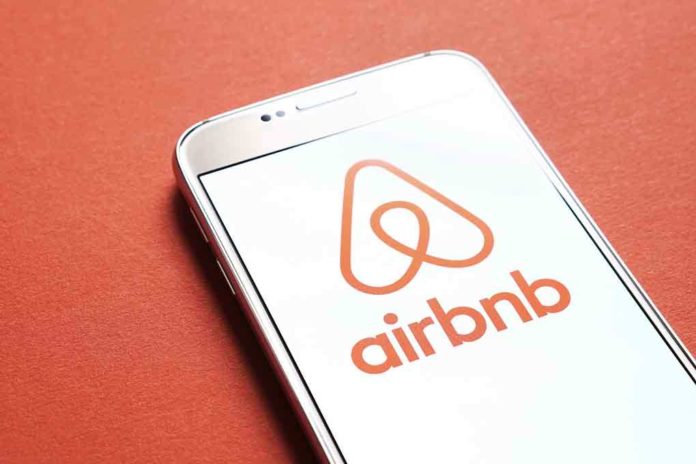 (ConservativeHub.com) – Airbnb announced a temporary ban on parties for all listings worldwide in August 2020. On June 28, the company decided to make the ban permanent. It said the rule was effective and helped keep everyone who used the service safe.

The company put the policy in place after issues with the previous rule, which allowed hosts to decide whether they would authorize parties in their rentals. Airbnb ran into an issue with house parties and open-invite parties, which became nuisances in the neighborhoods where they occurred.

Short-term letting platform @Airbnb has announced that a temporary ban on the use of its properties to hold parties, introduced during the pandemic, is being made permanent to address wide-ranging concerns over anti-social behaviour. https://t.co/IprOtWdMF0#leisure #property

The pandemic pushed the company to put stronger guidelines in place because renters began misusing properties and throwing parties despite public health bans on gatherings. Airbnb put the temporary order in place at this time.

The decision to maintain the party ban came because the rule has reduced complaints and increased positive feedback from communities and hosts. The ban will prohibit open-invite parties and any rental deemed a party house. The temporary ban limited the number of people at a gathering to 16, but that will not apply under the permanent policy. Guests found violating the new rule will face account suspension or removal.

Is Airbnb making the right decision by limiting parties? Or will this likely cause issues for the company in the long run?