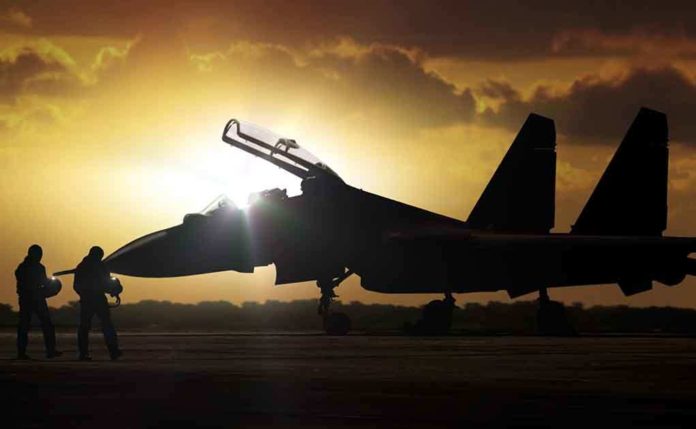 (ConservativeHub.com) – Russia’s invasion of Ukraine has changed many dynamics in Europe and beyond. Not long ago, many nations across the ocean would have scoffed at a Russian offensive, but now, it’s causing the North Atlantic Treaty Organization (NATO) to rethink its military presence and defense spending. Even President Joe Biden announced he would increase US involvement in Europe.

On Wednesday, June 29, NATO leaders called Russia the “most significant and direct threat” to its alliance and noted it would continue to rally support for Ukraine during its invasion. The announcement that NATO is ramping up its military defense across Europe paired with the organization’s warning about the Kremlin.

Currently, NATO has a rapid reaction force of 40,000 soldiers, each based in their own nation but ready to deploy at a moment’s notice. Now, member nations are committing to building the force to 300,000, each with their own stock of equipment and ammo.

President Joe Biden announced he would send two additional Navy ships to Spain, a pair of F35 squadrons to England, and open a new base in Poland, all with American troops to help meet the new quota. At the end of 2021, the US stationed about 5,000 NATO troops in Poland and its neighbors. Yet, there now, the US stations over 100,000 US soldiers in Europe, 40,000 of whom report to NATO leadership.

Biden opened his participation in the summit by announcing the permanent basing of a U.S. military garrison in Poland. https://t.co/7yHuB5ApZn

Unanimous Support For Ramping Up Defense

In NATO’s newly published Strategic Concept, the leaders reversed on their stance on Russia. The alliance’s 2010 document declared Russia a “strategic partner,” according to Boston 25 News, but the latest one now accuses the country of “coercion, subversion, aggression and annexation.” This fundamental change is the main reason for NATO’s newly rejuvenated defense force.

During the NATO summit, leaders from various nations repeatedly condemned Russia’s invasion of Ukraine, highlighting the partnership between nations is more needed than its been in decades. Along these lines, NATO officially invited Finland and Sweden to join the alliance.

Not surprisingly, allowing two new nations to join the alliance wasn’t what Russian President Vladimir Putin wanted. In a statement on Wednesday, Putin said that he would “create the same threats for the territory from which threats against us are created,” if they brought in NATO infrastructure and troops.

This week’s NATO summit is bonding together many Western nations who promise to consider an attack on one of them an attack on all. Do you think NATO’s response to Russia is appropriate?