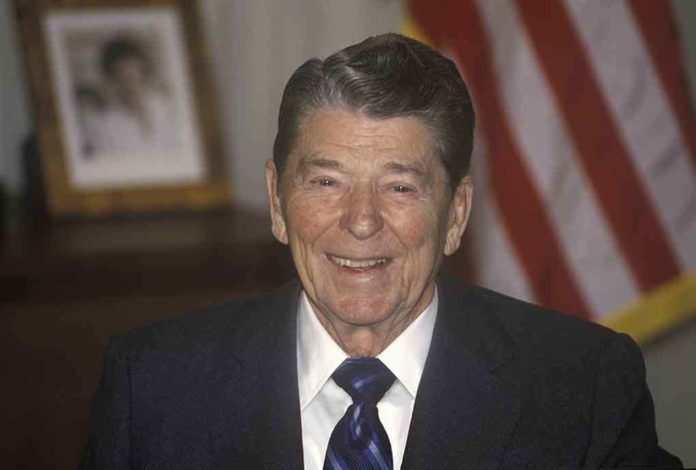 Ronald Reagan SHOOTER Appears in Interview – Look What He Said!

(ConservativeHub.com) – In March 1981, Americans expected to watch President Ronald Reagan happily wave at the crowd before entering his limousine. Instead, John Hinckley Jr. shot at the president six times, hitting him in the chest and striking multiple members of his security and entourage. Hinckley just gave his first interview after spending 34 years at a hospital for mentally ill patients and another several years under conditional release.

On Tuesday, June 28, Hinckley appeared in an exclusive interview with CBS News’ chief Washington Correspondent Major Garrett. During the discussion, the almost-assassin said he has “true remorse” for his actions when he was 25, and he’s now just “an ordinary guy.”

This demeanor is a complete U-turn from the who he was at the time of the shooting, just before he was found not guilty in 1982 by reason of insanity.

Hinckley tried to kill President Reagan to impress actress Jodie Foster, which horrified the Hollywood star for decades. Hinckley’s delusions about the situation and mental illness left him depressed for years. He even tried to take his own life twice while in the hospital.

Hinckley is now 67 and resides in Williamsburg, Virginia, after earning a gradual release from the psychiatric institution. He’s hoping his career as a singer/songwriter takes off soon. He told listeners the best way to get to know who he is now is to listen to his music. As the courts have confirmed, Hinckley does seem ready to live a normal, peaceful life for the rest of his days.