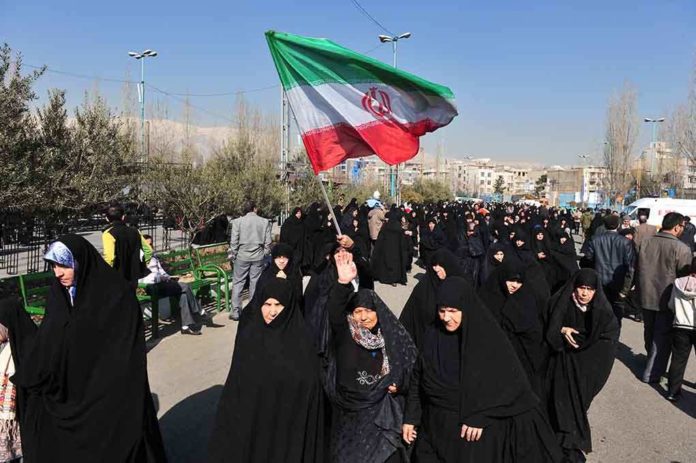 (ConservativeHub.com) – It’s been over a month since Kurdish woman Mahsa Amini died in police custody in Iran after her arrest for allegedly wearing her head covering incorrectly. Her passing sparked nationwide protests in the country run by a strict dictatorship, causing the regime to try and crack down on the unrest. Despite this governmental pushback, over five weeks after her death, Iranians from around the country gathered in her hometown to protest and mourn.

Wednesday, October 26, marked the 40th day since the 22-year-old woman died after surviving three days in the custody of the Iranian morality police. As is the tradition in Shiite Islam, family and friends gathered at her grave in the northwestern city of Saquez to mourn. However, swaths of protestors chanting “death to the dictator” joined them and demanded changes in how the country treats women.

The intl community must put pressure on the Iranian regime. Where is @UN and what is it doing? Fancy dinners in NY?

Mahsa was arrested for allegedly wearing her hijab "improperly”and died, and Iran sits on the UN Women’s Rights Commission? Is it a joke? https://t.co/o5T2VsartN

Other Iranians, upset with Amini’s death and the disrespect towards women in the nation, gathered in other cities, including the capital of Tehran, where many businesses even shuttered their doors in solidarity with protestors. Many women removed their headscarves, burned them, or cut their hair in public while joining anti-government chants.

As the traditional mourning period ends, thousands of students are protesting across Iran today to mark 40 days since #Mahsa_Amini #مهسا_امینی was killed by the country's morality police

Riot police and other rule-enforcing officials were out in droves on Wednesday in anticipation of the unrest that has killed at least 234 protestors since Amini’s death. Protests in Iran have continued into later this week as well, with reports indicating that Iranian forces shot and killed two on Friday in the city of Zahedan.