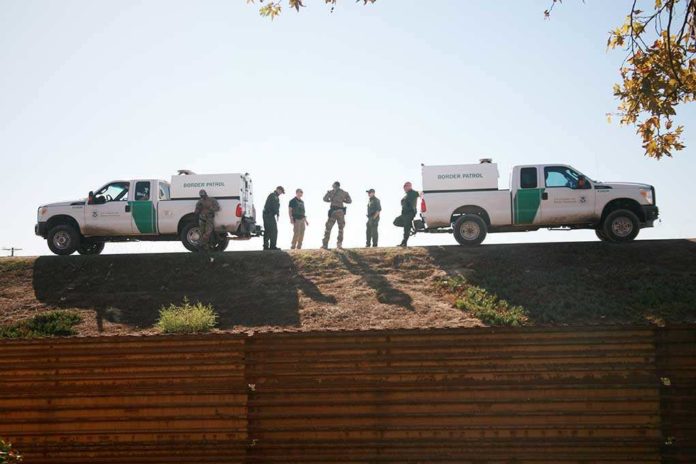 (ConservativeHub.com) – While human smuggling has occurred for centuries, the criminal act has come to the forefront of Americans’ minds over the past two years as illegal immigration has spiked at the US southern border. The US government has groups dedicated to keeping this area secure, including Joint Task Force Alpha (JTFA), which recently arrested eight alleged smugglers.

On Tuesday, September 13, the Department of Justice (DOJ) announced its JFTA team, which has been operating for just over a year, collared traffickers accused of smuggling humans from Mexico to the inland US for as much as $2,500 per person. Erminia Serrano Piedra, also known as the “Boss Lady” and “Irma,” is accused of acting as the head of the ring. Alleged smugglers across the US in states like Texas, Alabama, Mississippi, and Louisiana were indicted.

The group reportedly used inhumane conditions to transport the migrants, including suitcases, wooden crates, and water tankers, often with poor ventilation in extreme temperatures. In the DOJ news release, Department of Homeland Security Deputy Secretary John Tien warned those who would manipulate, coerce, threaten, abuse, or imperil disadvantaged migrants, “We are coming for you.”

The monetary judgments against Piedra and her group total almost $2.3 million, and the indictment also included three properties. These arrests could keep hundreds of migrants safer from potentially deadly conditions these human traffickers employ.