(ConservativeHub.com) – After President Joe Biden instructed US forces to swiftly leave Afghanistan without fully establishing a plan for the nation to run itself, the Taliban took over and tried to gain international recognition. The new government has kept terrorist groups like al-Qaeda and ISIS-K in check for some time. According to a report by the Inspector General, the Taliban has even taken “steps to implement many of its counterterrorism commitments.”

Will the Taliban’s Short Leash Remain?

The Lead Inspector General recently provided the first-quarter report to Congress covering Operation Enduring Sentinel and Operation Freedom’s Sentinel, the two major counterterrorism missions in the Middle East. The report admitted the Taliban has kept terrorists on a short leash in line with the 2020 Doha Agreement.

However, the briefing also notes how “USCENTCOM assessed that the Taliban will likely loosen these restrictions over the next 12 to 24 months.” This likely means al-Qaeda and ISIS-K could re-establish training regimens within the nation, travel easily, and even increase their international operational capability. In turn, their accelerated activity could significantly increase the dangers of another terrorist attack on US soil or against US citizens in the coming years.

Very few nations have recognized the Taliban as Afghanistan’s legitimate government. Much of the continued pushback against the regime comes from countries protesting the intense restriction of women’s rights the Taliban has recently reinstituted despite previous assurances they wouldn’t. These include travel restrictions, banning girls from formal education, and clothing restrictions.

However, if the Taliban continues to vie for legitimacy, it will likely try and keep terrorists from lashing out, at least for a time. According to the report, General Kenneth McKenzie believes the Taliban is “less firm” with al-Qaeda than with ISIS-K due to the “cultural interweaving of the two groups.”

America Is Safe… For Now

Despite the potential for the Taliban to give terrorists more freedom in the coming months and years, the report pointedly notes that al-Qaeda and its division on the Indian subcontinent “probably do not have the capability to conduct directed attacks in the US homeland.”

While the Taliban takeover may have emboldened these groups, there isn’t a major threat yet. However, should lawmakers and politicians plan proactively to maintain national security in light of this new report? 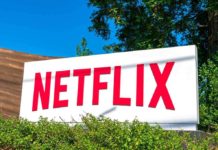