(ConservativeHub.com) – While the United States officially cut formal diplomatic ties with Taiwan in the late 1970s, it continued to play a part in supporting the island, which claims it is a sovereign nation, apart from China which claims it as its own. Within a few months of the departure, Congress passed the Taiwan Relations Act, pledging US support to Taiwan in an ambiguous manner. Still, President Joe Biden has now muddled this foreign policy, saying he would involve the US military if China attempts to take back the island.

On Monday, May 23, reporters asked President Biden if he was “willing to get involved militarily to defend Taiwan” if China were to invade. Without skipping a beat, the president said “yes” and reiterated, “That’s the commitment we made.”

However, that statement is far different from the currently established relationship with Taiwan, which the US State Department defines as a “robust unofficial relationship.” The Department of State purposefully leaves any commitment to defend the island ambiguous.

With this, it’s unsurprising that the whole press conference was a bit stunned at Biden’s words, as shown here:

But, looking back on Biden’s history with this topic, perhaps it’s not so astonishing.

Biden Has Claimed the US Would Defend Taiwan Three Times

In August 2021, Biden said that the US was committed to Taiwan’s safety the same way it would be to a NATO country, implying that America would defend it if China attacked. The White House jumped to correct Biden’s statement that day, returning to the ambiguity previously established.

But, in October 2021, Biden said it again. Using the same language as this most recent time, he said the US had a “commitment” to come to Taiwan’s aid should China challenge its sovereignty. Again, White House officials walked back the president’s words.

What Could Biden Mean By His Support for Taiwan?

CNN anchor Jim Sciutto says a source close to the president believes when Biden confirmed the US would intervene “militarily,” it would be through providing weapons, not US troops. If so, the support would be similar to what the US is providing to Ukraine right now as it fights off Russian invaders.

With all of these back and forth policies and statements, the current Taiwan policy is more muddled than ever. Should the public be expecting a bit more clarity from the leader of the free world? 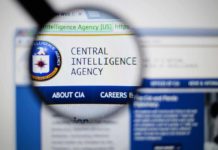